Born in1948 in Poland. In March 1982 migrated to Australia where he lives today. Graduated from Technical University in Łódź. He obtained Diploma of Professional Artist Photographer (ZPAF) in 1976.
Between 1970 and 1976 he was actively involved in photography presenting his work in over 100 group and individual exhibitions in Poland and abroad.

From mid 70’s his art activities aimed to analyse relations between visual art and perception processes of an individual at both conscious and
sub-conscious levels. He was deeply involved in the Seminarium Photo-Medium-Art – a very active art group initiated in Wroclaw. He was one of the organisers of an art seminar Limited Conditions of Photography – Katowice, 1977. His ideological program entitled Beyond Form was presented in a series of individual exhibitions and group exhibitions in Poland and abroad using various media such as photography, film and installations until 1981 when he left Poland.

He presented his work and artistic concept Beyond Form to contemporary Australian artists at Sydney College of the Art after arriving in Australia in 1982. He then concentrated on commercial photography and graphic art running his own graphic ID Studio P/L. Between 2004 and 2010 he participated in the series of individual and group exhibitions in Melbourne and Sydney. He is the author of Outback Australia and Sydney and Surrounds From Above photographic books published between 2008 and 2010. In April 2015 he exhibited To Co Jest —The Indigenous Land in Łódź Society of Photographers, Poland. 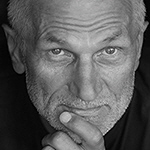 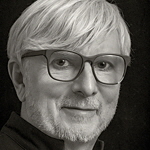 Born in Poland in 1949. Graduated from the Poznan Academy of Agriculture where he received a Master of Science in Forestry & Entomology.
Ph.D. (Photography & Multimedia) at the Fine Art Academy in Poznan, Poland.
Professor and Dean (2011-2014) at the Academy of Humanities & Economics (AHE) – Graphic Arts Department, Lodz, Poland.

A member of artistic group the Seminarium Foto-Medium-Art participated in various seminars and exhibitions collaborating with R. Tabaka from mid 70s to 1981 when he moved to Canada. In 1982 he established  Studio Les Inc focusing on graphic and photographic commercial work.

Between 1965–2015 he had 65 solo exhibitions and participated in over 150 group shows in various parts of the world as an exhibitor, lecturer and juror.

His works have won many international awards and have been published in numerous magazines such as Communication Arts Magazine, Graphis, Graphic Excellence USA, Master of Photography, APA Awards Book, and Photo District News.

His fine art works can be found in private and gallery collections in Europe, Japan, Canada and the United States. Represented by: First Light (Toronto) and  Illulogica.com (Warsaw) 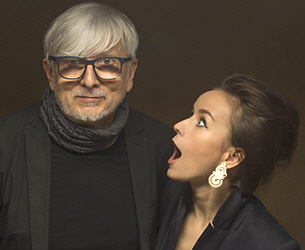